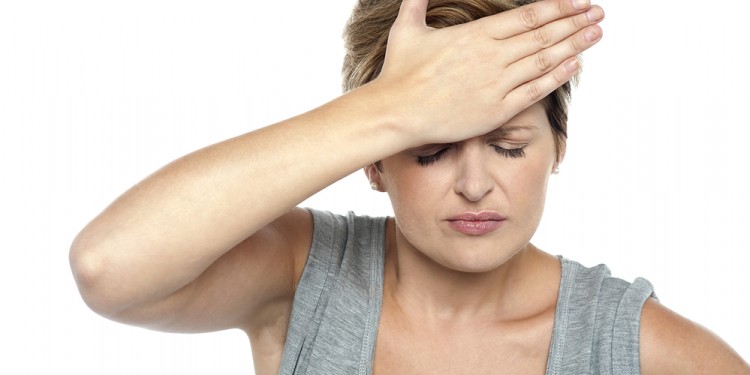 Premenstrual syndrome is the official name for everything women go through before their monthly menstrual period stars, with some of those symptoms continuing on through the cycle. For many, though, “syndrome” doesn’t quite describe it.

Instead, it’s more like a condition, an illness, or something akin to the flu. Many women just plain don’t feel good, don’t feel like themselves, and wish the time would go by as quickly as possible.

It may help some to laugh about it. After all, it does happen once a month, generally, and women have to deal with it. But for many, it’s no laughing matter, and finding solutions is critical to being able to go about their normal lives.

Premenstrual syndrome (PMS) is considered a medical condition that affects women of childbearing age. Definitions usually describe it as a predictable set of disturbing physical and emotional symptoms that occur in relationship to the menstrual period, typically in the one-to-two weeks leading up to it.

Physical symptoms may include the following:

PMS can also cause emotional symptoms, including the following:

Doctors don’t know exactly what causes it. They understand it comes around as hormones change to prepare the female body for menstruation, but they’re not sure why some women seem to suffer more severe symptoms than others, or why the cycle can cause uncomfortable symptoms at all.

There are some theories that the hormonal changes may cause chemical changes in the brain that lead to symptoms of PMS, and that diet may also play a part in the severity of those symptoms.

If you go to see your doctor about PMS, likely he’ll suggest you start with lifestyle changes, such as making sure you get regular exercise, limit salty foods, and avoid caffeine and alcohol.

If you still suffer from serious symptoms, however, your doctor is likely to suggest one or more of the following:

Some women may not find enough relief with the above remedies, or may want to avoid potential side effects with more natural approaches. Fortunately, there are seven that have been shown in studies to provide significant relief.

Some women report relief with herbal supplements like black cohosh, ginkgo biloba, evening primrose, chasteberry, St. John’s wort, but so far, we don’t have enough quality study results to know for sure. If none of the above treatments help, herbal remedies may be worth a try!